Google Maps has released a new logo for its 15th anniversary. GIS Planning did the same for our 15 year celebration. Here's what both logos have in common. 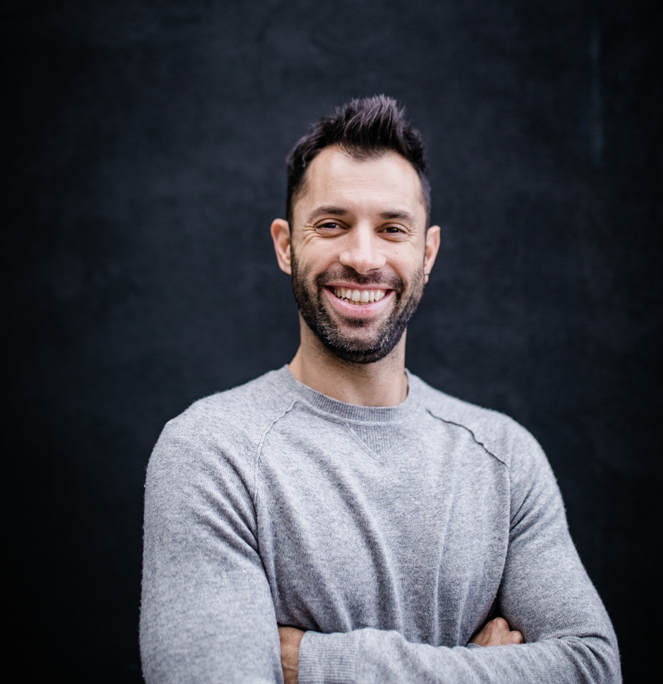 Google Maps is celebrating 15 years of what has arguably become far and away one of the most powerful and popular mapping applications on the market, one that is the foundation of our industry leading corporate site selection data tool, ZooomProspector. To celebrate its birthday, Google Maps is showcasing a redesigned mobile app and a brand new logo. You can read about the new app features on this publication from Google but as a design director, I'm particularly interested in their new logo.

The image below shows the evolution of the different logos Google Maps has used across its history, with the last update being in 2015.

Can you spot which element has been consistent through it all? That’s right – the map pushpin. This has been the graphic element that the design team has always maintained in their logo; however, up until now, it has always (or almost) been used as a support for a map layout.

Last week, with the reveal of the new icon, we saw a big difference: the map element has been removed altogether and the pushpin now stands alone. That design direction signals a big transition in our overall concept of Google Maps. This tiny change at the same time signifies an important new message for their brand. And this is why. 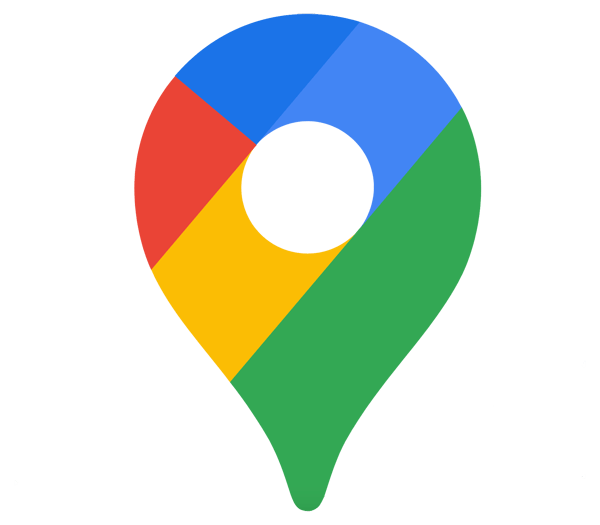 In the early years of Google Maps, we all learned why we needed the application: to situate destinations in space geographically and learn how to get to there. In other words, the app initially was the online version of a paper map (Take another look at the first icon in the evolution graphic above). Across the years, with the advance of technology and the developing resources of Google, the application began to get smarter and smarter, with the addition of traffic, layers, earth view, and more. The familiar app switched from being just a digital map to being our GPS system for the world, whether we were in a motorized vehicle, walking, or riding a bike. New features were added, like the little guy you could drop onto the map for a street view, 3D rendering, and internal building displays. All to help us navigate our daily life and be able to run our errands without wasting time, in our familiar hometowns and in entirely new places around the world.

In recent years, Google Maps built up their map system to become a sister of their powerful Google search engine. We've come to expect that Google Maps will show us business listings, let us search for categories (such as restaurants, cafes, hotels, etc.) and we've come to appreciate that it can analyze what’s around us. We no longer just looking at point A to B, but all the points around us.  And herein lies the difference.

Google Maps is making clear it's not just a GPS tool but an application to explore our location - and by location I mean our whole world. That graphic map showing streets is no longer the main message the company is trying to convey. Now they want us to think of Google Maps as the Explore and Analyze map application. When thinking of Google Maps, we should think location. And the best way to communicate the new brand message is by letting the pushpin stand alone and speak for itself. Any point you need is now on Google Maps ready for you to see and explore.

“We’re also updating our look with a new Google Maps icon that reflects the evolution we’ve made mapping the world. It’s based on a key part of Google Maps since the very beginning—the pin— and represents the shift we’ve made from getting you to your destination to also helping you discover new places and experiences.“

With these new features, it is clearer than ever that the Point A to B is no longer the main functionality of the application:

Saved (previously named Your Places): The page that includes bookmarks of places you've visited or want to go.

Contributions: Google's version of Yelp, encouraging people to share reviews, pictures and missing details about businesses and locations for others to see.

Updates: The tab that features information from publishers and local experts to show people a feed of trending, must-see spots.

Crowd-sourced transit information: Google Maps will be able to show how crowded public transportation is.

With this 15th anniversary release, Google Maps has added more functionality to their application and removed elements from their logo to better explain the new purpose of the tool.  As part of the overall visual identity of the company, this new logo shares a similar look to the other newly released icons of the Google-sphere, using the four familiar Google colors on the pin: green, blue, yellow, and red.

That's the Google we've all come to know.

We have seen Google Maps new icon and we now understand the thoughts behind the change. Now let’s add our company symbol next to it. 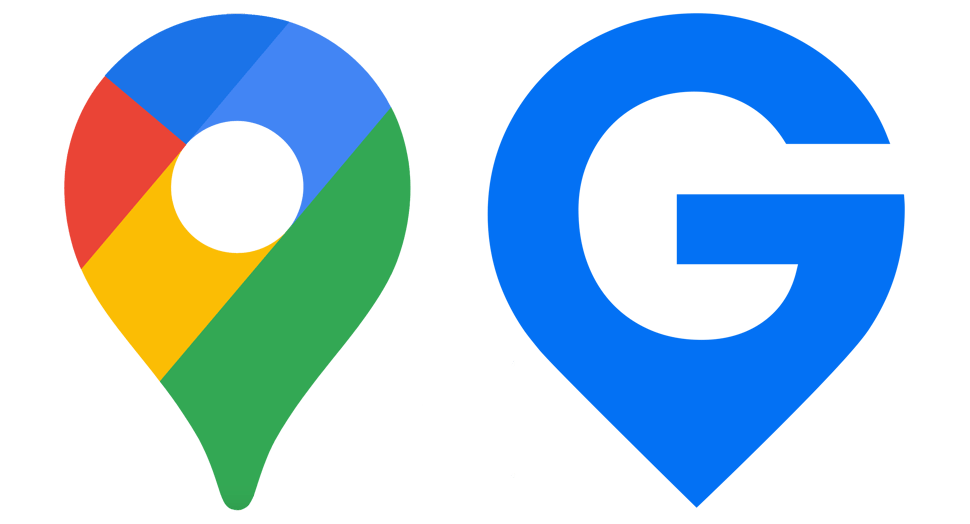 It is pretty clear we are sharing the same design concept: a pushpin. That's no coincidence. GIS Planning updated our logo back in 2014, right after our own 15th anniversary.  That was at the time our company's main product, ZoomProspector, was undergoing its own reconceptualization and redesign; we recognized that we were not just offering a commercial real estate database software with data analysis, but instead we were offering a powerful web tool for site selectors, entrepreneurs and businesses to explore and analyze entire regions and communities for investment.

Since 1998, GIS Planning has become the world’s leading online GIS site selection data tool to provide comprehensive information to help new, expanding, and relocating businesses find their best locations for success. We recognized that our clients' web visitors were not just researching a building or a site, but seeking multiple points and variables of analysis to explore.

It was then that we decided we had to expose that message in our visual identity to make our branding stronger and clearer.  That is how we ended up with the logo and symbol we have today: a pushpin that represents any analysis point in a community, from a property to demographic or labor force information, from consumer expenditures to business clusters, or even from wages data to talent report.

It's all about the Explore

This is why at GIS Planning we understand and can relate to Google Maps' new logo. They are more than just a map, and so are we. They are more than just point A to point B, and so are we. We offer a tool to explore, and so do they. In our case, they can do so by analyzing thousands of variables, using different map tools on the Google Maps interface under the powerful, all-new redesigned ZoomProspector.

This is the familiar letter G with a pushpin to remember when considering economic development solutions. And since 2020, this is the blue that represents the new GIS Planning: bolder and bigger than ever since becoming a service from the Financial Times in 2017.